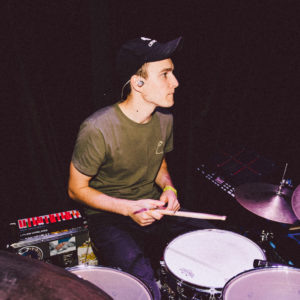 David Steinmetz is a drummer, producer, songwriter and musical director born and based in Toronto. He is a very versatile player and has had the opportunity to tour Europe and America with Canadian singer songwriter Scott Helman, as well as touring Canada with R&B/pop artist Myles Castello. He has also played with artists such as Faouzia, Mike Ruby, Martin Kerr and many more. He is currently the musical director for Myles Castello. David can also be seen playing in various Jazz groups around Toronto. He graduated from the Bachelor of Music program at Humber College, where he had the opportunity to study drums with Larnell Lewis and Mark Kelso.

David is now making moves as an upcoming producer and songwriter. He has collaborated with Myles Castello on his latest EP “Excess” and is beginning to branch out to many other Canadian artists.